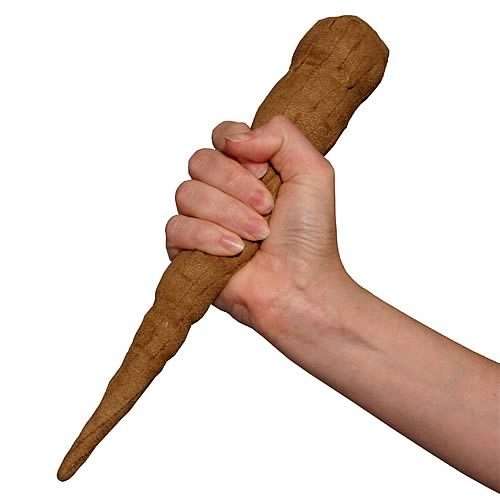 Bitcoin operates through a process known as proof of work (PoW). In order to determine which network participant gets to create the next block (and claim a reward), the process requires the contribution of computer processing power. The more processing (work) you perform, the more likely you are to be rewarded with Bitcoins.

Running this hardware is very expensive, the Bitcoin network is already said to consume as much electricity as the entire country of Ireland.

Satoshi Nakamoto’s vision when he created Bitcoin was that everybody would mine Bitcoin on their computers, all around the world, and that this would decentralise the network.

Nakamoto could not have foreseen the rise of ASICs when he wrote the Bitcoin white paper. Consequently, instead of being distributed around the world, Bitcoin has faced huge centralising pressure. The number of people required to control Bitcoin can fit around one table. Centralisation provides self perpetuating benefits of easier access to the best hardware and cheapest electricity, though once ASIC chips bump up against Moore’s Law there’s good reason to believe we will see a shift back towards decentralisation.

The holy grail of cryptocurrency would be the security of proof of work, but without the cost and centralisation. I first read about proof of stake (PoS) a number of years ago and, seduced by the idea, immediately invested in PeerCoin, the first cryptocurrency to implement it.

So what is proof of stake?

PoW uses expensive and ‘wasteful’ electricity to try and calculate a hash of sufficient difficulty for the network to accept – enabling that participant to create a new block.

PoS works the other way around. There are a number of proposals, but the basic principle is that each participant can ‘stake’ their coins to create a kernel (type of hash). The bigger the stake, the bigger the chance their kernel will ‘match’. Match what? Well, the blockchain itself generates a random and unpredictable seed based on the data in the proceeding blocks (also by hashing), and the closest matching kernel gets permission to create the next block, and is rewarded for doing so.

As there is no requirement to lock up computer processing power, everybody can run the software on their own machine without the expense and hardware requirements of PoW.

Sounds great, doesn’t it? Well, as with the unintended consequences of PoW, let’s try and foresee how the PoS landscape might evolve.

Under PoW we have seen the rise of pooled mining. Pooled mining has been wildly popular because it makes mining income more predictable.

Think of PoW like a lottery. The more processing power you contribute, the more tickets you get. In Bitcoin there is just one winner every 10 minutes.

If the current bitcoin difficulty didn’t increase, even with the most efficient miner – the 14TH/s Antminer S9, you’d have to enter this lottery for over 2 years on average to win just once.

If you join a pool that has 25% of the hashing power (lottery tickets), then you can expect that pool to win once every 40 minutes on average, and you can then regularly collect your share of the winnings. This is favourable as opposed to running your hardware for years in the uncertain (unlikely) hope of winning the jackpot. Pooled mining in PoW offers no other benefit than making your income more predictable.

Would the same be true of PoS?

There has been testing in PoS experiments that has gotten the block creation time down to 3 seconds per block. This means instead of having 52,560 lottery winners per year in Bitcoin, you could have 7.6 million winners each year. This would certainly reduce, though not eliminate, the appeal of mining pools.

However, in cryptoeconomics we must assume that each participant will always act in their own self interest. Could there be other benefits from PoS pooled mining that are not present in PoW?

In digital security, randomness is very valuable. In PoW the randomness that selects the next block is generated by an external source – all that hardware calculating trillions of random hashes. In PoS this necessary randomness does not come from an external source, it can only come directly from the blockchain itself.

This means a seed generated from previous blocks is used to determine which participant will create the next block.

There are two different data sources you can hash for this randomness. If you included all the contents of the block to generate a hash, this would be a disaster, since there are infinite combinations of block contents. If it was an individual’s turn to create the next block and they had sufficient hardware they would just crunch as many combinations of block contents as possible and hopefully find one that generates a seed matching a kernel they control, allowing them to create the next block and repeat the process again.

This ‘stake grinding’ wouldn’t represent a shift away from proof of work, it would just mean work has taken place but without any proof or transparency.

An alternative option is to only hash header information which cannot be manipulated, such as the block creator’s signature. A potential issue here this is that if you pooled together, you could gain a competitive advantage.

Imagine you’re in a pool with 30% of the staked coins. This should mean that your pool creates 30% of the new blocks. However, let’s speculate an instance where the seed to determine the next block has two pool members as the two closest matches. Imagine the closest match signing a block would create a hash that would allow the next block to be created by a non-pool member, whereas the 2nd closest match would allow the next block to be created by another pool member. If you had sufficient hardware the pool could work to rapidly calculate the best combination of block creators to maximise revenue for the pool.

You can try to mitigate this risk by punishing participants for not creating a block when it’s their turn, but getting the economic balance right to not overly punish people with less reliable Internet connections for example (another centralising pressure) strikes me as an unenviable task.

Ultimately, if the pool has the size and hardware resources to crunch the numbers far enough ahead – it’s still going to game the system when it calculates a combination that will likely generate 10 consecutive blocks, compensating those members who lost out in the process for the greater benefit of the pool.

Such a system could actively incentivise centralisation. The bigger the pool, the greater the advantage. It could create a race to the bottom, since while everyone may recognise this centralisation as undesirable, they also must make an economic sacrifice to avoid participating in it.

Perhaps this centralisation pressure and obscuring of work would be an unintended consequence of PoS. All I know is, the more I study PoS and its goal to provide the security of PoW without the cost, the more a phrase from growing up in Yorkshire comes to mind… “you don’t get owt for nowt”. In other words: there’s no such thing as a free lunch.

1 thought on “Unintended consequences: Could proof of stake just become no proof of work?”