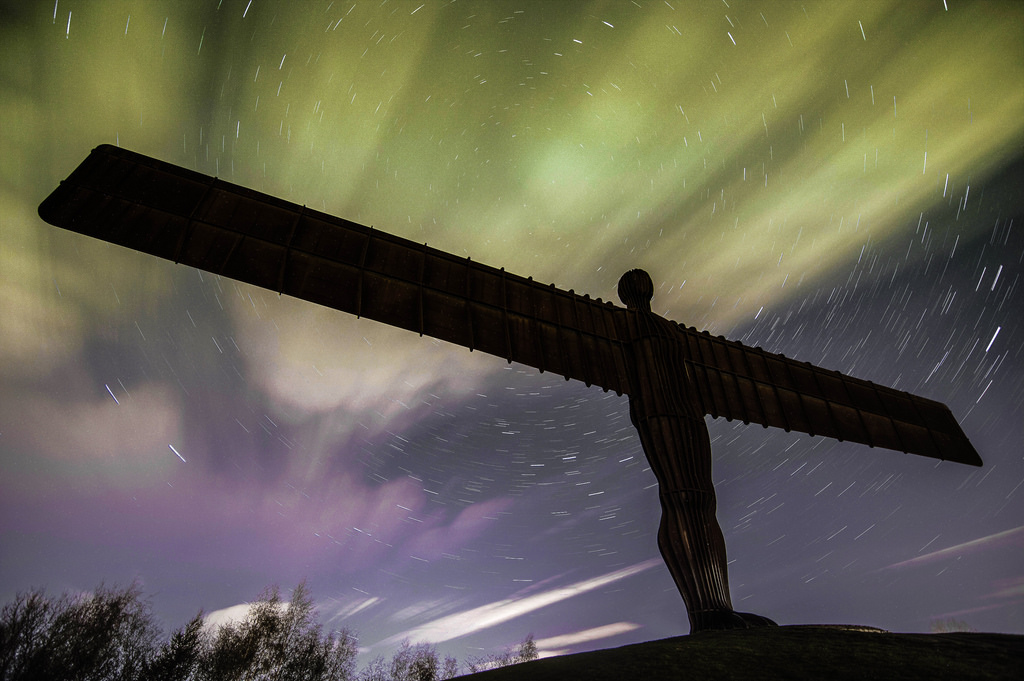 Bitcoin needs to scale and there are many contradicting ideas on how to achieve this.

Sidechains are an inevitable solution. They allow Bitcoins to be transferred from the main blockchain into external blockchains, of which there can be any number with radically different approaches.

In current thinking I have encountered, sidechains are isolated from each other. To move Bitcoin between them would involve a slow transfer back to the mainchain, and then out again to a different sidechain.

Angel is a protocol for addressable blockchains, all using a shared proof of work. It aims to be the Internet of Blockchains (IoB).

Instead of transferring Bitcoin into individual sidechains, you move them into Angel. The Angel blockchain sits at the top of of a tree of blockchains, each of which can have radically different properties, but are all able to transfer Bitcoin and data between each other using a standardised protocol.

Each blockchain has its own address, much like an IP address. The Angel blockchain acts as a registrar, a public record of every blockchain and its properties. Creating a blockchain is as simple as getting a createBlockchain transaction included in an Angel block, with details of parameters such as block creation time, block size limit, etc.

Mining in Angel uses a standardised format, creating hashes which allow all different blockchains to contribute to the same Angel proof of work. Miners must hash the address of the blockchain they are mining, and if they mine a hash of sufficient difficulty for that blockchain they are able to create a block.

Blockchains can have child blockchains, so a child of Angel might have the address aa9, and a child of aa9 might have the address aa9:e4d. The lower down the tree you go, the lower the security, but the lower the transaction fees. If a miner on a lower level produces a hash of sufficient difficulty, they can use it on any parents, up to and including the Angel blockchain, and claim fees on each.

There are so many conflicting visions for how to scale Bitcoin. Angel allows the free market to decide which approaches are successful, and for complementary blockchains with different use cases, such as privacy, or high transaction volume, to more seamlessly exist alongside each other.

I wrote this as a TLDR summary for a (still evolving) idea I had on the best approach to scale Bitcoin infinitely, for more detail please check out my previous article.

photo credit: Colonelbogey71 Angel of the North via photopin (license)

3 thoughts on “Angel: scaling Bitcoin through an Internet of Blockchains (IoB)”